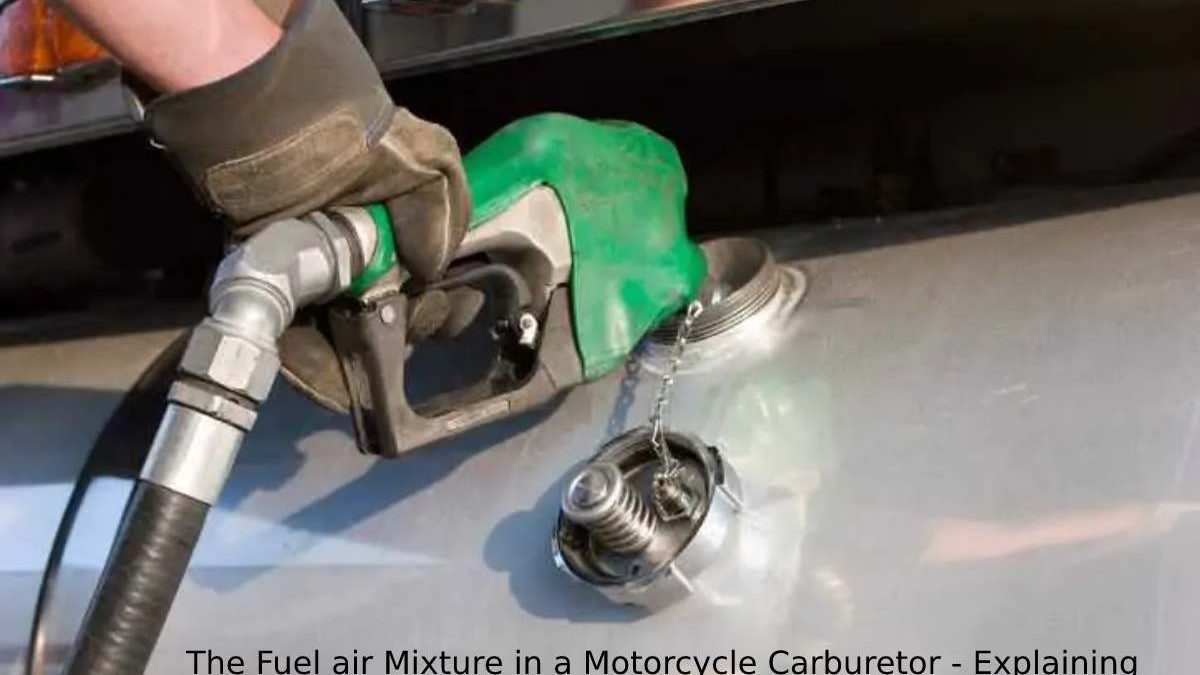 Fuel Air mixture screw is a special screw in an engine carburettor that controls the amount of air that mixes with the fuel. Adjusting this screw changes how quickly or slowly a motor is and how smoothly it works. The basic process for adjusting an air-fuel mixing screw is the same for all small engines, whether in a car, motorcycle, or another engine type.

Make adjustments with the engine heated and running. Place the screw in the position where the engine idles most smoothly and does not sound rough or irregular to balance the fuel mixture so that the machine has an ideal air-to-fuel ratio.

Turn the key on the ignition to start the engine. Heat the engine to the average operating temperature by idling it for about 5 minutes. Keep the engine running after it gets hot. This process is the same for any machine with an air-fuel mixture screw. It could be a car, motorcycle, scooter, ATV, or carburettor.

Most bikes come from the factory-tuned ‘lean’. This is to lower emissions but still have a decent amount of performance. You can see riches up the mix, to a point; after that, there’s not enough oxygen to burn all the fuel being pulled in, and you’re wasting gas and gunking up your plugs and your tailpipe with partly-consumed hydrocarbon deposits, along with annoying backfires and other rude symptoms of wrong engine tuning.

Locate the Carburettor by Looking for the Engine Air Filter

The fuel screw is located on the carb, but it is near the engine. If you fully unscrew this screw and take it on your hand, you will see a needle-like tip. If the make of your carb is Mikuni (Pulsar, Yamaha, Fiero), the fuel/air screw probably will be of brass. 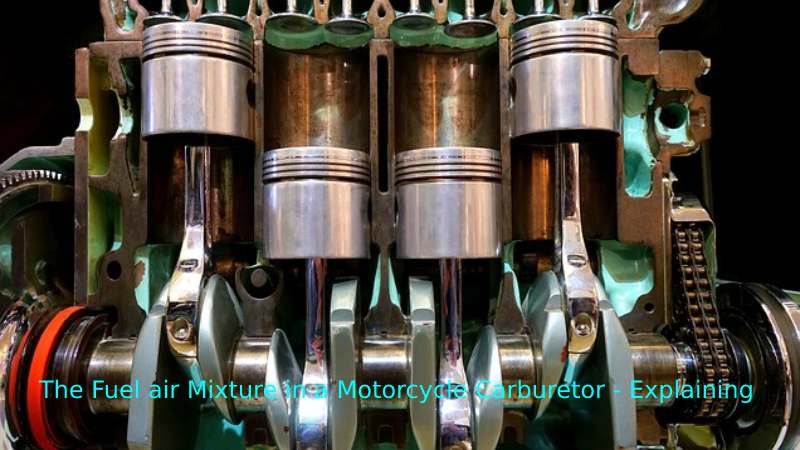 Turn the screw clockwise until the motor starts to sound rough. Use a flat-tipped screwdriver to tighten the screw. Listen to the engine idling sound and stop turning the screw when it starts to make a harsh up and down sound instead of its typical idling sound.

Tightening the screw weakens the air-fuel mixture and decreases the amount of fuel flowing into the engine. Tightening the screw makes the fuel mixture poorer, which reduces the RPM at which the machine is idle. Running a poor fuel mix causes the engine to run on less fuel than it needs efficiently. This can damage an engine because of more friction between the moving parts, and the engine runs at a higher temperature. Loosen the screw and count the turns until the engine sounds irregular.

Place the screw in the middle between the rough and irregular sounding points. carburettor mixing screw

Turn the screw back clockwise until it is roughly in the middle between where the engine idle sounds jagged and rough. This will set the machine to an average idle speed. For example, if you turned the screw two full turns counterclockwise from where the idling motor began to sound rough, turn the screw clockwise one complete turn.

As you make the mixture leaner, slowly the engine RPM decreases… Do this until you have put the fuel screw to the thinnest possible point. At the same time, ensure that the engine does not stall by turning the idle screw.

Adjust the Air Mixture in a Carburettor

How to Disable a Factory Alarm on a 2000 Chrysler Sebring

The 2000 Chrysler Sebring with an anti-theft alarm system uses sensors built into the vehicle to detect attempted unauthorized access. The system monitors the doors, trunk and ignition. An audible alarm sounds through the horn, and the Sebring’s lights flash when the alarm is triggered. The alarm signals for up to 18 minutes or until it is disabled. The engine will not start once the alarm is activated. The machine will not begin until the warning is disabled.

After the breath-taking launch of India’s technically most advanced bike. Yamaha hasn’t sat back and enjoyed the cult status. They recently launched Racing Kits for the performance fans, and now they are back with new clothes for the mini R1 to keep the nerves pulsating for this product. The bike is now available in four more colours: Impact Yellow, Midnight Black, Sunset Red and Racing Blue, apart from the existing three (Blazing Red, Graphite and Yamaha Blue).