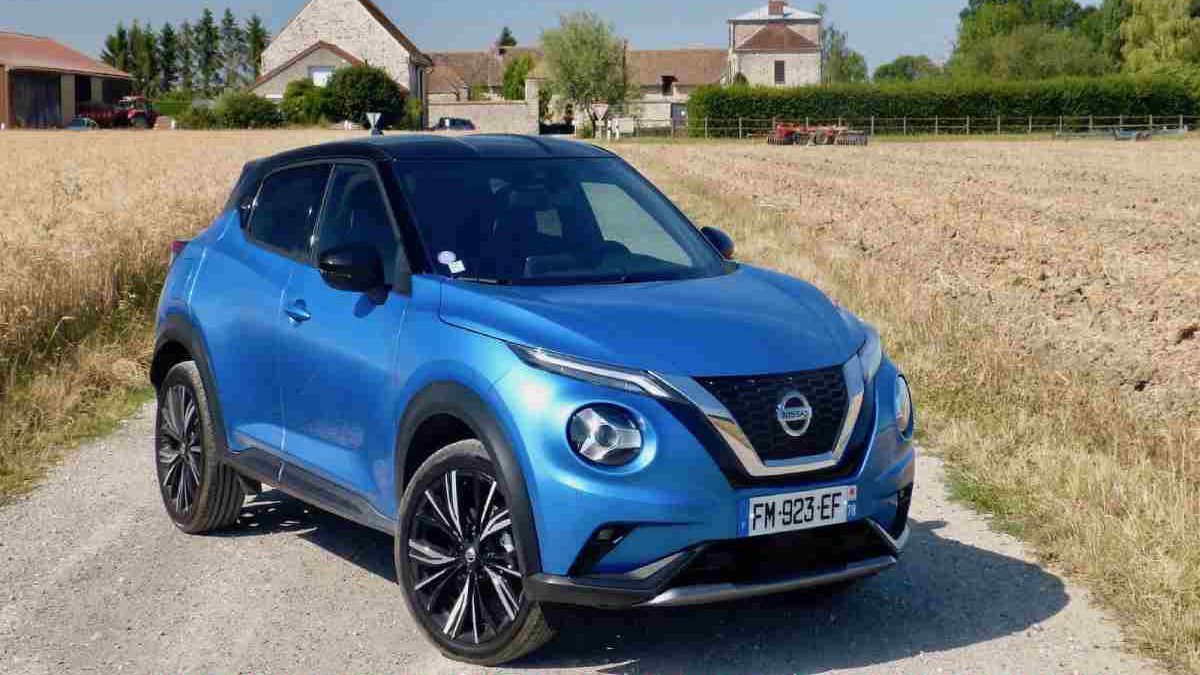 Nissan Juke is a stylish small SUV that seats five. It’s like some of the more outlandish creations you see on the catwalk at a fashion show – if you like how it looks, you’ll put up with the compromises. So, you buy a Nissan Juke with your heart, but your head will now be more satisfied because this all-new Juke has been updated and now gets more space for passengers. A bigger boot and new infotainment.

The new Nissan Juke combines the looks of an SUV and a coupe – just like the old model – and still has signature touches such as bold circular headlights. However, it now has Y-shaped LED running lights and Nissan’s distinctive V-motion grille seen elsewhere in its range. There are also new wheel designs, a contrast-colour roof, and more exterior paint colour choices.

Inside the Nissan Juke’s cabin is more upmarket and offers far more opportunities to personalise it to your taste. There’s also a new infotainment system with an 8-inch touchscreen and menu shortcut buttons (on all but entry-level cars) and comes with Apple CarPlay, Android Auto and even Google Assistant. It’s a marked improvement on what went before, but Skoda and VW still have the edge with their more intuitive systems.

Some Points of Nissan Juke

The Nissan Juke’s engine feels strong enough around town but does feel a little laboured when sprinting down motorway slip roads and overtaking at higher speeds. There are three driving modes (Eco, Standard and Sport), and the Juke feels liveliest in the latter, although you’d never call it quick or sporty. The Juke also feels pretty stiff over lumps and bumps in town, especially when fitted with the range-largest 19-inch wheels. Things get better on the motorway, but a Toyota C-HR is still more relaxing to travel in for long periods.

All-in-all, the Nissan Juke has come on leaps and bounds. It’s more spacious, practical, better to drive, and higher quality than the original. We still think you should try a VW T-Cross or Skoda Kamiq first, but if you place looks before luggage space, the Juke has to be near the top of your small SUV list.

There’smistaking a Juke. Its love-it-or-hate-it looks will at the very least cause a debate among your family and friends, and despite its shape being on the roads for more than five years, the Juke still manages to stand out from plainer-looking rivals. The Nissan Juke’s dimensions are still small enough to be classed alongside superminis, so it’s easy to park, and the tall ride height is beneficial for those who need better access in and out of the car. The diesel is super economical. Capable of a claimed 70mpg on a combined cycle, the engine is all you’ll need. It’s not quick, but the engine is better suited to the car than the petrol.

The Juke’s shape makes it a very compromised vehicle. It may be tall but offers cramped conditions for rear passengers. The sloping roofline will do little to comfort tall adults in the back, and the boot space on offer is nowhere near practical enough. The price point is a little awkward. You can get a much better-equipped supermini or something like a Kia Rio in high-end four specs for the same money. The gearbox can feel like it’s limiting the power the engine has to give and it makes the interior a lot more noisy to be in. Avoid choosing the XTRONIC automatic transmission. 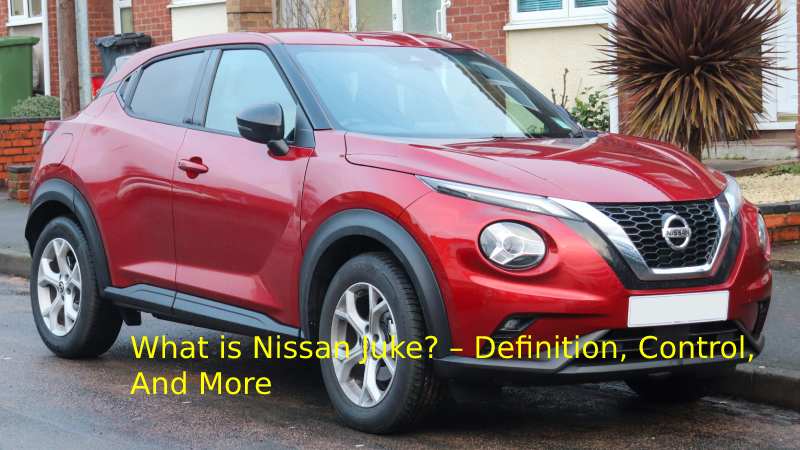 The Dynamic Vehicle Control Off Indicator Light Mean on the Dash

Without the VDC system, the driver is more likely to lose control of the vehicle in adverse weather conditions, such as snow, ice or rain. The VDC system assists the driver in adverse weather conditions by reducing engine speed and applying brakes to individual wheels slipping. This provides the necessary power to the other wheels essential for the driver to maintain vehicle control. Although the purpose of the VDC system is to assist drivers in maintaining vehicle control. It requires drivers to use care when stopping suddenly at high speeds.

Engine stalls when putting the car into gear

Nissan has continued to use the two-tier headlamp design on the fascia, as is the trend these days. But the outrageous shape tone down. And now they replace by a sleeker pair of LEDs combined with larger headlamp units placed lower down the fascia. The headlamps mark by a Y-shape signature which flank. The Nissan V-Motion grille finishes in chrome, while the lower bumper is simple in design.

In profile, the striking 19-inch alloy wheels complement the coupé style floating roof. The rear looks muscular with high-placed taillights and is akin to the one seen on the Kicks and other Nissan SUVs. The haunch style on the silhouette makes. The new Juke appears masculine while adding to its crossover stance is the blacked-out cladding all around.

Nissan has replaced the Juke with a second-generation model. Launched for the European market at the moment, the new Juke reveals in five cities across Europe. Even with its radical design, the Juke found one million takers across the globe. So the new model – while promising a contemporary styling. Continues with its quirky exterior while growing in size compared to the model it replaces.