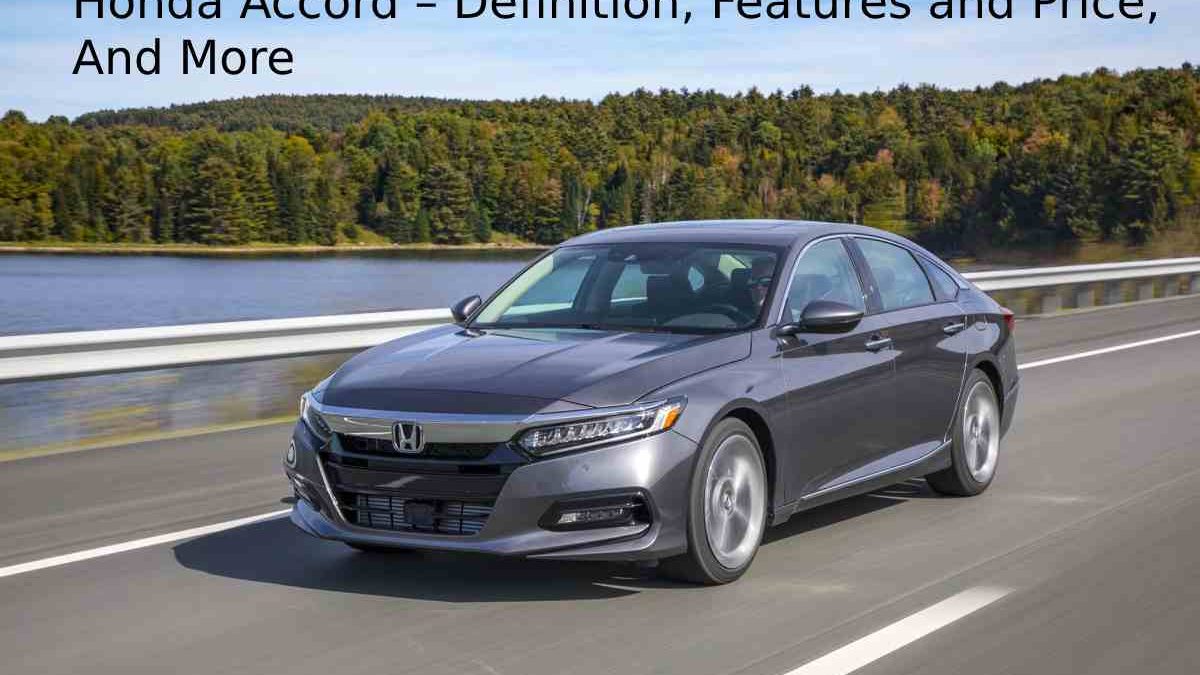 Honda Accord is the best and most comfortable car with its premium features. Its interior was also very unique and realistic. It is a medium-sized sedan that is comfortable to drive in City. It is also best for a long trip. This car was spacious, and the boot space was also huge. It gives good mileage. And the performance of the vehicle was also excellent.

The Honda Accord nameplate made a comeback in India in 2016 but with a heavy asking price which was further inflated with increased taxes on hybrids post the GST rollout. The ninth-gen Accord now retails at a staggering Rs 43.21 lakhs. Making it more expensive than the base BMW 3 Series and Audi A4! Surprisingly, the Accord didn’t open its sales account for April 2018.

The Production of New Version of Honda Acord

Only the left-hand-drive versions of the tenth-gen Accord were under production as the Japanese carmaker had eyed this model for the US and China as its primary markets. But Honda might change that soon as Stephen Collins, director of Honda Australia, has reportedly said, “There isn’t any right-hand-drive production. That will change, and we’re likely to source our cars from Thailand.” Also Read: Meet the Tenth-Gen 2018 Honda Accord

He believes that the Accord is an essential model for Honda despite a continuous drop in sales in this segment (in Australia). Talking further about the Australian market, Collins said that hybrids and electrics haven’t yet arrived in Australia. The current scenario in India isn’t any different either. But the trend might soon pick up pace as stringent environmental policies come in place and better infrastructure to support plug-in hybrid and electric vehicles in India.

Accord Specs, Design, Features and Price

The Accord has a 10.7 to 23.1 km depending on the variant and fuel type. The Accord is a 5-seater 4 cylinder car and has a length of 4933mm, a width of 1849mm and a wheelbase of 2776mm. The overall height has decreased, which can be attributed to the sloping roofline design. The car’s width has increased by 13mm, which might result in more shoulder room.

The Accord has always been a low-slung sedan, which has not changed with the new generation model. However, the car’s silhouette redesign now looks more like a coupe than before. The older car looked more like a traditional sedan where the boot was visible as a third box. The new Accord’s boot seamlessly merges with the sloping roofline. 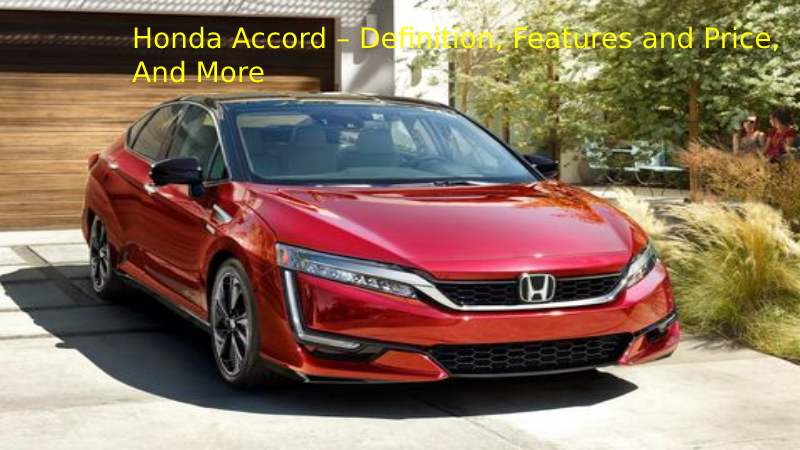 Features of Honda Accord – Infotainment

The ninth-generation India-spec Honda Accord is equipped with a 7-inch touchscreen infotainment system that supports Apple CarPlay and Android Auto. It also gets a sat-nav and comes with an in-built Wi-Fi receiver.

The new tenth-generation Accord gets a free-standing 8-inch infotainment system that supports Apple CarPlay. It also receives a HUD for the driver and a 7-inch TFT screen that acts as the instrument cluster. The Accord also gets voice recognition, wireless charging for your smartphone and a remote engine start feature. Both the current and next-gen Accord feature a sunroof.

The tenth-generation Honda Accord takes safety to the next level with Honda Sensing, a system that comprises multiple features like Collision Mitigation Braking System (CMBS), Adaptive Cruise Control with Low-Speed Follow (ACC with LSF). Lane Keeping Assist System (LKAS). Road Departure Mitigation System with Lane Departure Warning (RDM with LDW) and Auto High-Beam (AHB) which help in avoiding any mishap on the road.

The Cross of Honda Accord Traffic Monitor

It also gets a Cross Traffic Monitor (CTM) that warns the driver of other vehicles on the left or right of the Accord’s rear end. A multi-view camera system also shows images from all angles, including a bird’s eye view using four different cameras. Parking is also made easier with the Honda Smart Parking Assist System, which controls the steering wheel with the driver only require to move forward or reverse when parking. This also works for parallel parking.

Types of Honda Accord

the implementation of the BS6 emission norms, Honda has discontinued a few models from its line-up, including its flagship offering, the Accord Hybrid. Honda’s flagship sedan offered a single fully-import variant and was priced at Rs 43.23 lakh (ex-showroom Delhi). Its prime competitors were the Skoda Superb and Toyota Camry Hybrid.

The sedan offers a BS4 2.0-litre petrol engine with two electric motors mated to an e-CVT gearbox. The hybrid powertrain is rated at 215PS of max power. Honda also offered a 1.3kWh lithium-ion battery pack on the sedan that powered the electric motors. The ARAI-certified fuel efficiency of the Accord Hybrid was 23.1kmpl

At least on paper, the tenth-generation Accord is a perfect successor to the current-gen Accord. And you can see improvements made where required. The design is more contemporary than before. And the feature list update. The ninth-gen Accord price in India at over Rs 43 lakh, and the new model price is the same.

Honda Accord Hybrid 2016 is claimed to proffer a more spacious and luxurious cabin with an all-new interior, a new electric power steering and additional subtle modifications. The overall appearance of the cabin is enhanced by premium ivory leather seats and upholstery and inside door handle chrome, premium wood finishes garnishing on dashboard and door, premium piano black finish on the centre console.